Edit your campaign by clicking the green "Edit Campaign" button on the campaign overview page. Only Game Masters are able to see this button to make changes.

The top section of the form has settings for the campaign name, game system, and theme. Give your campaign a name to help identify it on your user dashboard. You can always edit this later.

What game system are you using for this campaign? Some examples would be D&D 5e, Pathfinder, Homebrew, Starfinder, etc. This has no impact on the tools available, but having this information helps us prioritize features based on the most popular games used by our members.

Currently, we only have two themes available, "Classic" and "Nebula". You can change the theme at any time by editing your campaign. We will be offering more themes in the future.

The Allow Cloneable Data? toggle pertains to our Campaign Data Cloning feature. We will go more in-depth about this feature in another area of the guide, but this toggle is set to "No" by default. This means only the Game Owner has clone access. If toggled to "Yes", your party members have the ability to clone parts of this campaign's data into their own campaigns. This is useful for copying over objects that you do not want to set up again or to help get a friend started on their own campaign.

In the final sections of the campaign edit page you can edit your About Section or Game Master Secrets in the text editors. You can also upload a custom header image to replace the default header.

Finally, at the bottom of the campaign edit page, you can Permanently Delete your campaign. This will completely and permanently remove all data associated with your campaign and cannot be undone. Only the Game Owner has access to this button. 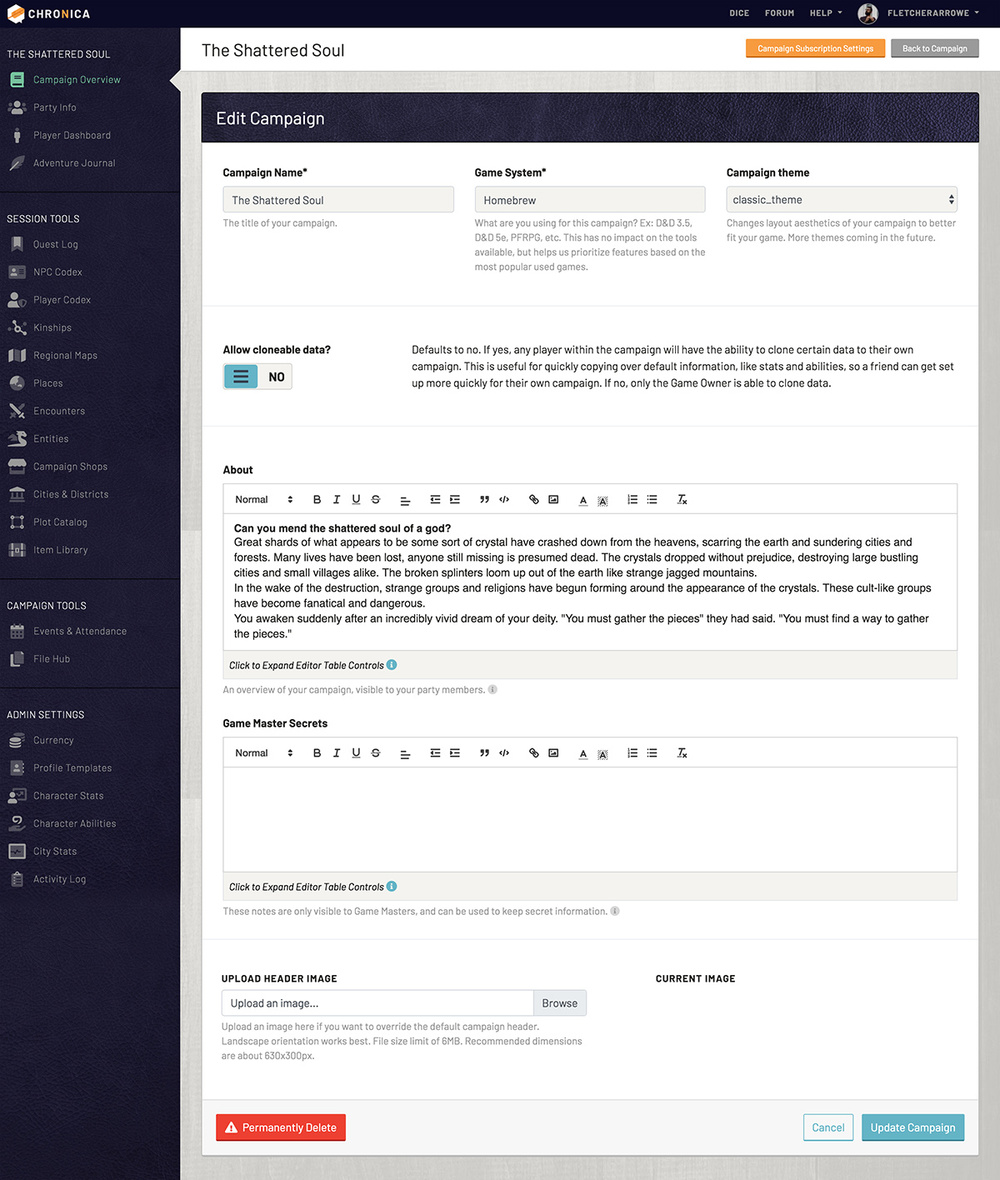